I’ve been on bit of a werewolf kick as of late. By as of late I of course mean since I first started dating my girlfriend some 30 odd months ago. So what do werewolves and my girlfriend have in common you ask? This question, and many more, I promise to answer in the next several paragraphs. I may even sneak in one or two comments on this weeks entry while I’m at it.

Back when Fox was a brand new network it was initially viewed as the brash young upstart that was merely for kids and infantile grownups. Programming like The Tracy Ullman Show, 21 Jump Street, and Married with Children did little to dispel this notion in the publics eye, and the Fox Network certainly enjoyed being viewed as the rebel network.. But Fox was up to something on Saturday nights when it began broadcasting the television show Werewolf in 1987. Designed with adults in mind, nonetheless a legion of teens, tweens, and other assorted pre-pubescent watched the show. I mean, if it is on television, how scary could it be?

Werewolf had a pretty simplistic premise. Nice guy is bit by a werewolf before he kills it. Nice guy now on the run from the law for murder while struggling to deal with his new werewolf powers. Nice guy/werewolf tries to hunt down evil werewolf to end his curse. This is a classic good versus evil storyline with a pinch of The Fugitive and a dash of The Greatest American Hero added for good measure. Sounds great doesn’t it? And for 28 episodes it was, but it also had the added bonus of being scary as hell. This was due in large part to two important details.

But what does my girlfriend have to do with any of this? Well she was one of those youngsters who watched Werewolf and had their lives irrevocably changed. Werewolf was her first introduction to werewolves and she quickly discovered that werewolves scared the daylights out of her. But since that time she hasn’t found anything related to werewolves that has scared her anywhere near as much as the television show Werewolf. Now when she told me this I was a bit caught off guard. I can see why someone might not find the old Universal The Wolf Man films, Teen Wolf, or The Shaggy Dog all that scary. But there are so many other werewolf films out their that I felt compelled to make her sit through all of them until we found one that scared her. As we bobbed and weaved through Dog Soldiers, The Company of Wolves, and now Wolfen I came to a few conclusions.

The fault with the first two films we tackled, Dog Soldiers and The Company of Wolves, lie in their special effects. Both are enjoyable films, but Dog Soldiers with its minimal budget and The Company of Wolves with its dated animatronic effects and curious use of German Shepherd/Collie crossbred dogs in place of wolves both resulted in the films failing to execute when it was needed most. But Wolfen is an entirely different animal … literally.

Wolfen had the bad fortune of being released in 1981, the same year two other werewolf films were released, The Howling and An American Werewolf in London. The Howling went on to become a fairly well known, if ultimately ignominious series, while An American Werewolf in London is almost universally regarded as the best werewolf movie ever made. That Wolfen has disappeared into semi-obscurity could be viewed as an indictment on the film, or you might simply be able to chalk it up to bad luck.

It didn’t take very long for Wolfen to catch my attention. During the opening credits you are treated to one of the odder character introductions I have ever seen, as several Native Americans are shown standing on the top of the Brooklyn Bridge, watching over the city. Why? I have no idea, but I can only assume it is meant as some sort of fore shadowing to a scene in which people will hold a conversation on the top of the Brooklyn Bridge for no other reason but to show that they had the balls to film a scene on the top of the Brooklyn Bridge. You then see a very rich man and his wife enter a limo where they drive through New York City and eventually pass under the very same bridge shown earlier. The couple then decides to drive out to Brooklyn to wander around a replica of one of the first windmills built in New York. As they take in the sights Wolfen begins to step off into a very unusual world of its own.

I still remember the first time I saw Predator. The first person infrared camera used to show the Predator’s point of view blew me away, and I incorrectly assumed that that film was the first to use it. Now as I sat and watched Wolfen I discovered that same technique had been used years earlier. That was my introduction to “Wolf Vision”, and in the next few minutes I would sit and stare as several predators slowly but surely hunted down their oblivious prey. Ad when it was all over, I was left a severed hand and three decapitated bodies to show for it. Now that is how you start off a film with a bang.

But even early on Wolfen starts to show it has ambition to be more then just a simple genre piece. Several political subjects are hinted at like anti-corporate terrorist organizations and urban renewal being the two most intricately involved, and while they eventually prove to be not much more then red herrings, the various political and social commentaries were a welcome addition to the film.

But these issues were not the only surprising bit of depth in the film either. Nearly every scene had an interesting shot or camera angle that director Michael Wadleigh (Woodstock) pulled out to keep the audience guessing. The various segments rarely disappointed in adding tension to every scene in which they appeared. One example of this is during a tasty little moment early in the film in which a cadaver is pulled off the examining table, only its hand has a frozen grip on the edge of the table that it reluctantly lets go of. It is a tense and eerie moment that adds a dose of dread to an otherwise bland scene. Later, while Wilson lurks in the now abandoned office of the initial victim, his image is fractured in a kaleidescope of imagery due to the reflective window shades. It is not only a fantastic shot, but a keen bit of allusion to this man’s struggle to face a reality that runs counter to everything he has ever believed. His world is fractured, and he can only hope to grasp at the pieces strewn before him. Wolfen is trying so hard to be an introspective and artistic horror film it almost borders on desperation, but it is in these easily overlooked throw away scenes that it shines.

But such bravado has its share of blemishes as well. In one scene that shall forever be burned into my brain Wilson stalks his primary suspect Eddie Holt (Edward James Olmos), a man whom Wilson believes may in fact be a shape changer, to a secluded beach. There he witnesses Holt strip down until he is stark nude, get down on all fours, and then lap up a puddle of water. As if this rather shocking bit of intimacy wasn’t enough for Admiral Adama to lose the respect of everyone on the Galactica he takes it about six steps further then necessary when he proceeds to gyrate in the sand and then howl as he prances around the beach in the pale moonlight. I swear to you on my Special Edition Blade Runner DVD boxed set that I am not making one bit of that up.

But wait there’s more, for earlier in the film there is a sex scene shot entirely in “Wolf Vision”. I’m not entirely sure why, let alone how it even happened. You see one minute Wilson and Neff are calmly discussing the case whilst sipping on scotch, the next “Wolf Vision” appears outside her apartment windows. It then slowly creeps towards her bedroom window and peers inside in its own wolfish way. Now you can’t really tell what is going on in that bed, but the noises emanating from the room are what I envision my parents must sound like during “private time”. It’s that level of horrifying.

What is odd is that even with two colossal missteps like those, and I assure you there are several more though on a much smaller scale, Wolfen hits on enough areas that it is ultimately a successful film. It plays on the typical werewolf movie and adds its own distinctive twist, it uses stunningly ugly locales to create a near fantasy realm in New York City, and it even manages to decapitate nearly every single actor in the film. All of those help make up for the mistakes you’ll encounter throughout the film, because while Wolfen will take you on an incredible journey, you simply need to be wary of all the oncoming sinkholes. 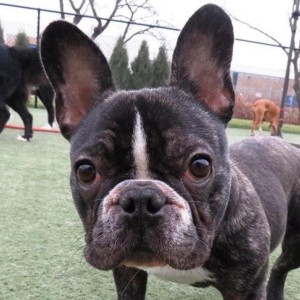 Originating as a weekly column at a long defunct website, Where the Long Tail Ends is Matt’s brainchild. Theater Manager by night, semi-freelancer by day; Matt has spent the better part of the last 35 years immersing himself in film and dedicating his spare time in a shameless, self-aggrandizing attempt at finding the weirdest, most obscure films ever made. All so he can brag about his viewing exploits to his friends. Most of whom don’t care. He also is incredibly punctual at doing his chores. Most days anyways.
WTLTE Apple Podcasts
WTLTE Apple Podcasts
WTLTE on Stitcher
WTLTE on Stitcher